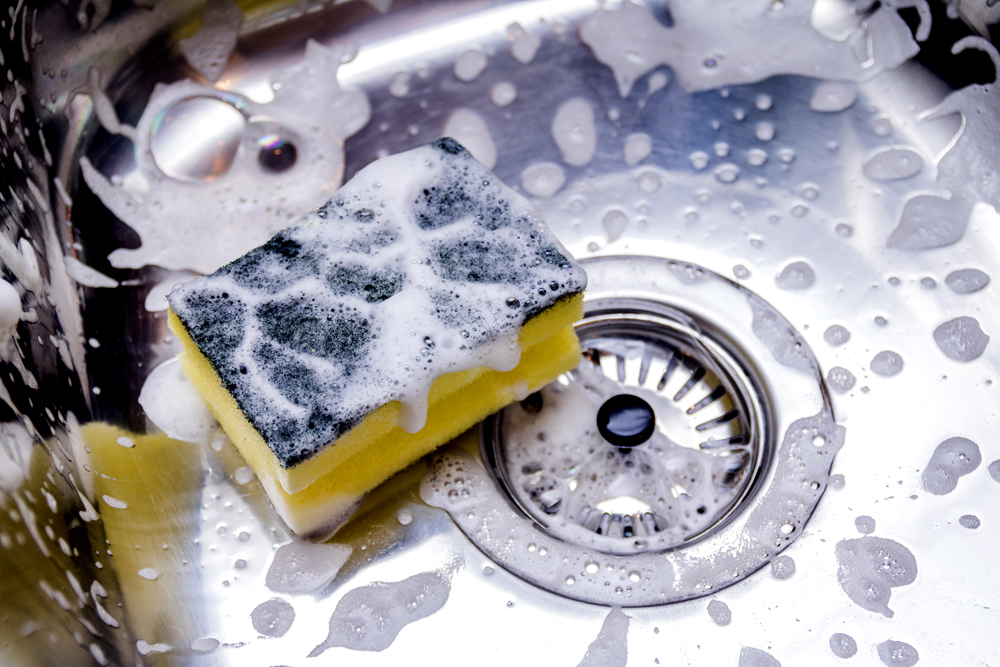 Sponges are widely used in kitchens because they make tasks like washing dishes and cleaning countertops easy.

But what’s supposed to be an ally in good hygiene can actually become a serious health risk when not used properly. That’s because the average kitchen sponge is dirtier than a toilet or even a garbage can.

Just one cubic centimetre of sponge can hold up to 50 billion bacteria. That’s nearly seven times the world’s human population!

The porous nature of sponges makes them great for retaining water. But it also makes them a natural breeding ground for microbes. Because they’re used to clean soiled surfaces and dishes, sponges inevitably retain food residue. That, combined with their warm and humid environments, makes sponges the ideal breeding ground for bacteria. Think about it: Every time you clean a dirty plate or surface, you’re transferring the bacteria from the plate or surface to the sponge.

The density of bacteria in a sponge is comparable to what’s found in a human stool sample.

Won’t cleaning a sponge eliminate all this bacteria? Unfortunately, no. Washing a sponge can actually make matters worse, despite the commonly held belief that putting sponges in the microwave (or in boiling water) will completely kill any bacteria they contain. These efforts have in fact been shown to remove only 60% of bacteria – and only the weakest strains. The strongest, most odorous and potentially most pathogenic strains will survive. And with the weaker bacteria out of their way, these pathogenic bacteria have more room to multiply, thereby quickly increasing the concentration of infectious agents in cleaned sponges.

Remember that pathogenic bacteria – some of which cause intestinal infections – can survive for hours or even days inside a sponge.

To reduce the risk of bacterial contamination, thoroughly wash, rinse, wring and dry sponges after each use and replace them frequently – every week, if possible. Better still, avoid using sponges altogether if possible. For regular cleaning, use alternatives that absorb less water, dry faster and have less internal surface area – such as brushes, paper towels and wipes (preferably those made of washable microfibres).